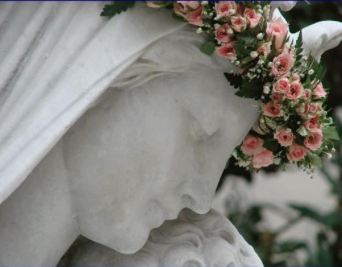 May is the month of Mary

“God wills that all his gifts should come to us through Mary”
(St. Bernard)

It was in Rome, towards the end of the eighteenth century, one fine evening in May. A child of the poor gathered his companions around him and led them to a statue of Mary, before which a lamp was burning, as is the custom in that holy city. There, these fresh young voices sang the Litany of our Lady. The next day, the little group, followed by other children, again gathered at the feet of the Mother of God. Next came their mothers, to join the little assembly. Soon, other groups were formed, and the devotion rapidly became popular.

Holy souls, troubled by the disorderly conduct which always increases and becomes graver at the return of the pleasant springtime, saw in these growing practices the hand of God, and they cooperated with the designs of Providence by approving and promoting this new devotion, as a public and solemn act of reparation. Thus the Month of Mary was founded. (1)

“This is the month in which, in the churches and individual homes, the most affectionate and fervent homage of prayers and devotions from the hearts of Christians are raised to Mary. It is also the month in which from his throne, descend upon us the most generous and abundant gifts of the Divine Mercy.” (2)

In our own times, we Catholics, wanting to be close to her always, offer her special prayers in May: pilgrimages, visits to churches, little sacrifices in her honour, periods of study and well-finished work offered up to her, and a more attentive recitation of the rosary.